Fr Wood has an MDiv from Gordon-Conwell Theological Seminary in South Hamilton, and a post-graduate diploma in Anglican Studies from Virginia Theological Seminary in Alexandria, Virginia. He and his wife, Renee, both hail from Mississippi, where Fr Wood attended law school and clerked for a federal magistrate judge before going to seminary in 2000. Renee has a BA and Masters of Accountancy from the University of Mississippi, and has worked as an accountant at Cone, Incorporated in Boston and at the Grocery Manufacturers Association in Washington, DC.

After discovering the Episcopal Church and being confirmed while at Gordon-Conwell, Fr Wood was ordained a deacon in the Diocese of Massachusetts in June 2007. On behalf of the Rt Rev’d M. Thomas Shaw, SSJE, the Rt Rev’d James W. Montgomery (retired bishop of Chicago) ordained him to the priesthood at the Church of the Ascension & St Agnes in Washington, DC on the Feast of the Immaculate Conception in December 2007. He served as Curate at Ascension & St. Agnes from 2007 to 2009 before coming to the Advent in October 2009. 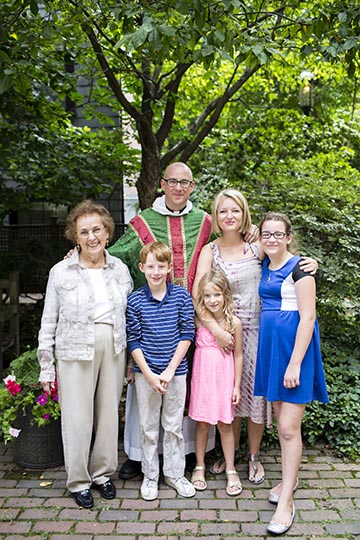 The Reverend Daphne B. Noyes, Deacon 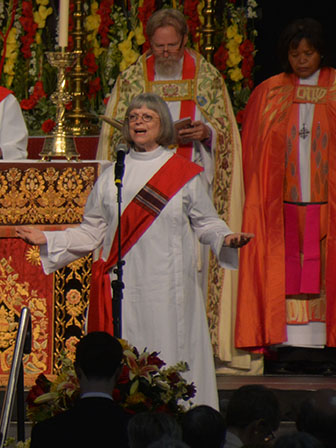 Deacon Noyes is a staff chaplain at Massachusetts General Hospital, serving primarily the patients, family, and staff of the hospital’s Cardiac Surgery Intensive Care Unit. Her past and present hospital committee memberships include the Domestic Violence Working Group, Patient Education Committee, and Ethics in Clinical Practice.

Since her 2001 ordination, her diaconal placements included the Cathedral Church of Saint Paul, Emmanuel Church, and St John the Evangelist (Bowdoin Street) before she came to the Advent in 2006. In addition to completing the three-year diocesan formation program for deacons, she received formal theological education at Weston Jesuit School of Theology, St. Vladimir’s Summer Institute, and the Episcopal Divinity School, from which she earned the Master of Arts degree with a concentration in church history and theology.

Deacon Noyes contributed to Many Servants, Ormonde Plater’s book on the diaconate in the twentieth century. She has written for the Journal of Pastoral Care; Cowley, the publication of the Society of St John the Evangelist, as well as diocesan and hospital newsletters. Her work as editor and publisher of the newsletter of the Assembly of Episcopal Healthcare Chaplains was recognized with Polly Bond Awards from Episcopal Communicators. She is a lifetime member of the Association for Episcopal Deacons.

She lives in Central Square, Cambridge, and has been blessed with five grandchildren.