The restoration of our beautiful building has been featured in "Traditional Building" magazine!

On Sunday, October 21, 2007 (the Solemnity of St Luke), a ceremony of thanksgiving and dedication took place after the 9:00 and 11:15 Masses, celebrating the completion of Phase II of the renovation.

September 2007: Phase II, including work on windows in the north wall and north and south transepts, is nearly complete. 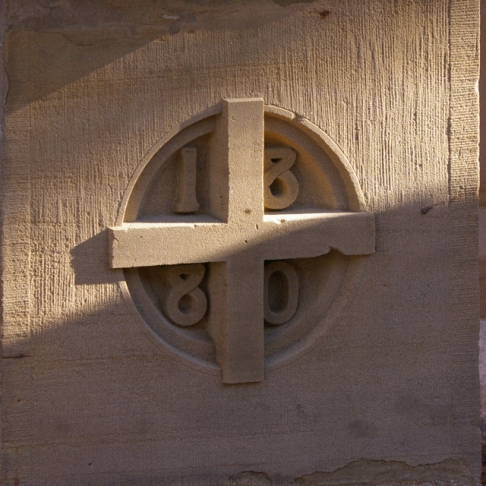 The cornerstone at the base of the belltower.

November 2006 - Work is complete on the Belltower!

On Sunday, December 3, 2006 (the First Sunday in Advent; our Feast of Title & Dedication) a brief ceremony of thanksgiving and dedication took place after the 9 and 11:15 Masses celebrating the completion of Phase I of the renovation.

While discussing the urgency of the Capital Campaign with a parishioner recently, I was asked,  “Why can’t we just pay for the repairs to the building out of the Endowment?”  I have a feeling a lot of other members of this parish are asking themselves the same question - so here is what I told the questioner:

The repairs, all-in, will probably cost about $5,000,000.  And let’s assume that we paid for it out of the Endowment.  Importantly, this is a bad assumption because we don’t have $5M which we can take out of the Endowment - not a small impediment.  Most of our Endowment is tied up in trusts where we cannot touch capital.  We might be able to take out a bit over $3M - that which is not tied up by trusts and so forth - but that would mean that if, say, the roof sprung a leak the next day we would have absolutely no money to fix it, or if we ever ran an operating deficit in the future we would have absolutely no money to cover it.  Highly imprudent - in fact, dangerous.

As bad an assumption as it is, let’s say we still - somehow - were able to take the $5M from our Endowment, maybe by borrowing against its future income.  So assume we do that, and fix up the building.  Now we have $5M less in Endowment, which means at least $150,000 a year in reduced income from our Endowment (we cannot earn income on principle we spent!) - or maybe a lot more than that depending on the borrowing terms.  What would that mean?  One choice would be to fire all the clergy, but that would be terribly unpopular and might perhaps undermine our standing as a church;  another would be to cancel the entirety of the music program, but I suspect that would meet with similar displeasure; yet another choice would be to turn off the heat, turn off the electricity, and stop cleaning or maintaining the church building - I am not sure that would be practical.  As you know from the last five years of quite substantial reductions in expenditure, we do not have an operating budget full of “fat” just waiting to be cut.  The point is this - if we should expect the “dead” and their past generosity to pay for the fixing up of the building either by paying for it out of the Endowment or by borrowing against it, the result would be devastating to the ministry of our parish.  Nothing would be spared.

Which is why, I told the parishioner who questioned me, in giving to the Campaign, I am giving the gift of a lifetime - because I love the Church of the Advent and don’t want to see her ministries substantially reduced.  And that he should too.

A Gloss on the Above Text by the Rector

Our Treasurer has written with charm and humor; it is up to me to be blunt.  If the goal of our Campaign is not reached and we are obliged to spend money out of the unrestricted portion of our endowment, the ministry of the Advent will be changed.  One might even say crippled.

“Nothing will be spared,” to quote Mr Gearhart.  Without money to pay salaries and for health insurance, pensions, and other mandated benefits, the Advent might be reduced to the ministrations of only one priest.  Or the music program might not simply be reduced, but in fact shut down entirely.  Or the Church might be forced to curtail - quite significantly - all activities and programs in order to save on heating fuel, electricity, cleaning and maintenance expenses, etc.  Or, if there is a crisis, we will not have the funds to address it.

None of this is exaggerated.  This is a real possibility, and one which might be realized in only a few years, unless the Campaign is successful.  In this I cannot be more urgent:  Give and pray for our success.--Father Warren

The Rector's Letter to the Parish

You will need the free Adobe® Reader® to view these two files. If you do not have the Reader installed on your computer you may download it here. 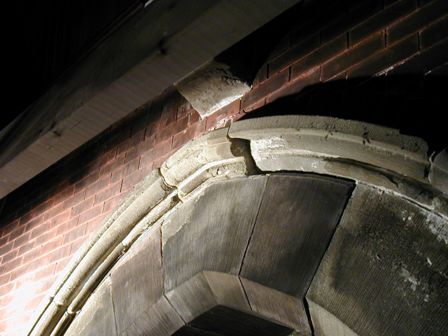 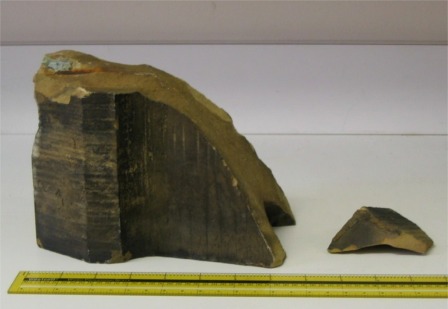 Chunk of masonry that fell from the belltower, September 2003